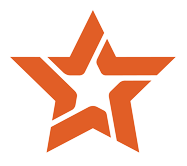 Kate Barrelle is a clinical and forensic psychologist with over 20 years of applied experience working in community mental health, private practice and government.

Her PhD research, which won two international awards, involved interviews with former radicals about disengagement from extremism and their subsequent societal reintegration. This work resulted in a model of disengagement from violent extremism (Pro-Integration Model) that informs a holistic, strengths-based, structured approach to early intervention.

Kate is regularly engaged to deliver talks and training on disengagement from violent extremism, with a particular focus on how to support young people within an early intervention framework. Along with Shandon Harris-Hogan, Kate co-designed Australia’s national Countering Violent Extremism (CVE) risk assessment, needs analysis and case management tools. Kate sits on various advisory groups and works with professional bodies and government departments to design awareness training packages on this topic.

Kate is also the co-founder of, and now the Chief Impact Officer of STREAT, a Melbourne-based social enterprise that provides vocational training, holistic wrap-around support and supported work experience to marginalised and at-risk youth. Through STREAT, Kate is committed to supporting young people through direct engagement in the STREAT programs, as well by advising other organisations in the social services sector on the topic of early CVE intervention. In this capacity she advises on extremism, disengagement and reintegration, as well as early intervention for risky and at-risk young people, working with police, prisons, and community programs preventing all forms of violence. The key to disengagement from a destructive trajectory is engagement elsewhere in a way that is meaningful to the young person.

A social anthropologist by training (University of Oslo), he received his doctoral degree from Leiden University. He was a Fulbright visiting scholar at John Jay College of Criminal Justice, City University of New York, in 2014. His main fields of research have been political extremism and terrorism, racist and right-wing violence, delinquent youth gangs, disengagement from violent groups, political communication, crime prevention, and policing.

He has (co)authored or (co)edited thirteen books, including Root Causes of Terrorism (2005), Perspectives of Police Science in Europe (2007), Leaving Terrorism Behind: Individual and Collective Disengagement (2009, co-edited with John Horgan), Strategies for Preventing Terrorism (2013), and most recently, Preventing Crime: A Holistic Approach (forthcoming), and The Dynamics of a Terrorist Targeting Process: Breivik and the 22 July Attacks in Norway (forthcoming, with Cato Hemmingby).

In Norway in 1996, he initiated of the first Exit project to facilitate disengagement from right-wing extremist groups, an idea that has inspired similar exit projects in a number of other countries.

Scott has been awarded a number of prestigious national and international research grants for his research projects. He was funded by the Australian Civil Military Centre to lead a project with Dr David Hyndman investigating the use of the social sciences by Western militaries to develop socio-cultural analytical capabilities that support Civil-Military Stabilisation, Peace-Building and Conflict Prevention operations. He is currently leading research in the US and Canada (funded by the US Dept. of Defence and Public Safety Canada respectively) investigating conversion to Islam in each country and the radicalisation of converts there.

Scott also has ongoing research interests in the Pacific region, particularly Papua New Guinea where he has worked as a consultant in security and resettlement advisory roles for Exxon Mobil, BHP Billiton and Xstrata. Earlier in his career (1992-95) Scott was a command post operator and forward observer’s assistant in the Royal Australian Artillery Corps. After the army Scott worked as a mountain guide in New Zealand and as a professional mountain rescuer in emergency services for the Department of Conservation at Mt Cook (1997-2004). Between his Masters and PhD studies, (2006-08) he worked for ASIO as lead intelligence analyst for the Banking and Finance and Oil and Gas sectors.

Gary D Bouma AM is the UNESCO Chair in Intercultural and Interreligious Relations – Asia Pacific, Emeritus Professor of Sociology and Former Director of the Global Terrorism Research Centre at Monash University, and the Australian Node of the Religion and Diversity Project, University of Ottawa.

He serves on the Social Cohesion Institute of the State of Victoria, Australia. He served as Deputy Vice Chancellor Research and Development at Monash University, President of the Australian Association for the Study of Religions, and Chair of the Board of the Parliament of the World’s Religions 2009 (Melbourne).

His research in the sociology of religion examines the management of religious diversity in plural multicultural societies, education about religions, postmodernity as a context for doing theology, religion and terror, religion and public policy. Author or Co-Author of over 25 books and 370 articles, he has been invested as a Member of the Order of Australia (AM) for services to Sociology, to Interreligious Relations and to the Anglican Church of Australia.

Dr B. (Hass) Dellal AO is the Executive Director of the Australian Multicultural Foundation.

He has over 25 years’ experience in policy, management, community development and programming for cultural diversity. He has extensive experience nationally and internationally in multicultural affairs. He serves on various boards and committees and has spearheaded initiatives for the development of the general community. He has prepared programs on community relations, social cohesion and integration and prevention strategies on behalf of Government authorities and the private sector.

In 2015, he was appointed an Officer of the Order of Australia for distinguished service to the multicultural community through leadership and advisory roles, to the advancement of inclusiveness and social harmony, to youth, and to the broadcast media.

Dr. Ghayda Hassan is a Professor of clinical psychology at the Université de Montréal, and holds several research, clinical and community based national and international affiliations. Ghayda’s clinical and research activities focus on the interplay of culture, identity, mental health and violence among the specific studied groups.

She is a reseacher at the SHERPA-RAPS team of the CIUSSS Center-West of the Island of Montreal, and is currently co-leading the research, training and prevention / intervention activities of the FRQSC funded RAPS team (SHERAP subteam for Research and Action on Radicalisation and Social Suffering).